This area’s land was acquired from Dusenbury and Sarvis, Buck and Beaty (both turpentine dealers), and Gilbert and Potter (a New York factor). Much of this land was granted originally to members of the Withers family in the 1700s and extended from Withers Swash to Singleton Swash (the Dunes Club). It had passed through several owners, including Joshua John Ward.

The Withers family received a land grant from King George and their name has survived as Wither’s Swash, later known as Myrtle Swash or the Eight-Mile Swash. Mary Withers is buried in a colonial graveyard at Prince George Winyah Episcopal Church in Georgetown.

The Waccamaw tribe either inhabited or, more likely, visited the Long Bay area as summer tourists, where they scattered about some burial grounds and random shell mounds. (Swash Manor is on one of these ancient shell mounds, pottery shards and artifacts are found here that date back close to 5,000 years.) Farming was not hugely rewarding in this sandy soil, so European settlers were reluctant to stay very long. One of several families to receive a land grant on this coast was the Withers, and that name has survived as Wither’s Swash, later known as Myrtle Swash or the Eight-Mile Swash. Mary Withers is buried in a colonial graveyard at Prince George Winyah Episcopal Church in Georgetown.

At some point this property was owned by a Todd, Mr. Todd sold it to Mr. Collins in 1924 or 1925, we guess the construction on Swash Manor which started shortly after, therefore we guessed that Swash Manor was completed by 1926. that means it would not have had plumbing as some of the first plumbing came to the area in the mid-1930s.

when I first bought the house, 2008 It made lots of noise! You know old houses make noises, creeks, and bumps in the night, I nicknamed The noises, “Bertha” almost 2 years after I owned the house I learned that Bertha Collins died in the house, she was born on May 04, 1904, and died on January 12, 1992, at the age of 87 (The death certificate list Broadway Street so we guess it’s in this house) the social security number (SSN): 249-07-6847. Bertha last resided in Myrtle Beach, South Carolina in Horry County. 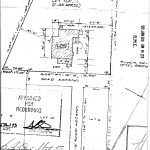