Muscadines grapes, (Vitis rotundifolia, or alternatively, Muscadiniana rotundifolia) are often referred to as scuppernongs. Muscadine is native to the Southeastern United States and has been cultured for more than 400 years. Native Americans preserved muscadines as dried fruit long before the Europeans inhabited this continent. As early as 1565, Captain John Hawkins reported that the Spanish settlements in Florida made large quantities of muscadine wine. For much of the history of the crop, varieties were simply selections from the wild. The first recognized muscadine cultivar was a bronze selection, found before 1760 by Isaac Alexander in Tyrrell County, NC. It was first known as the ‘Big White Grape’, and was later named ‘Scuppernong’ after the area in which it was found. With time, the name scuppernong became generic with all bronze muscadines, regardless of actual variety name. However, this is incorrect nomenclature, since ‘Scuppernong’ is only one of many cultivars of muscadine grapes. Bullis and its variants (bullace, bullet grape, bull grape) are very old names for dark-fruited muscadines. Some authorities have written that the name “Bull” grape reflects comparison of the berries with cow or pigs eyes; or, alternatively, muscadines were called “Bullace” because of their resemblance to a European plum of the same name, and that Bullis, Bull and Bullet are all corruptions of the Bullace! http://www.ces.ncsu.edu/hil/hil-8203.html

How i made My first batch of Homemade wine from Carolina Muscadines & Scuppernong grapes, first I started with 10 Pounds of Muscadines 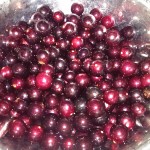 Red and 10 Pounds of scuppernongs, 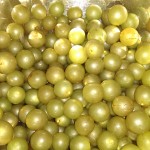 white, Mashed it up in bags 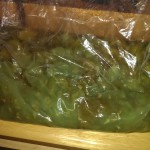 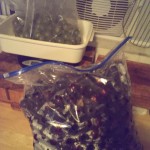 then i put grape mash, 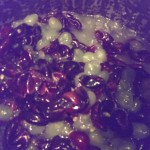 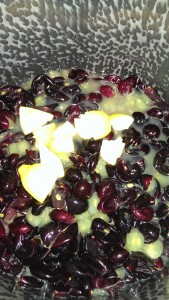 this will serve as fermenters stage #1, 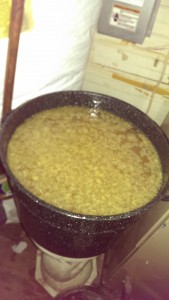 now after 36 hours i added the yeast,  now 5 days later i remove the fruit must, i then put a sock 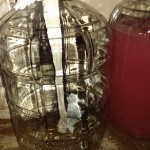 in my sterile glass carboy, 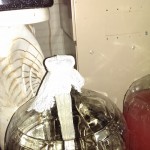 i filter the wine into the glass jars, top off with water, put my vapor lock on, and watch ….i will update as soon as i Rack then bottle 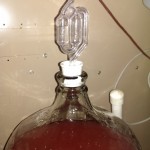 I got my brew supplies at http://homebrewerspantry.com/ a local start-up, good people who own it, update they are closed 🙁 Conway, SC 29526